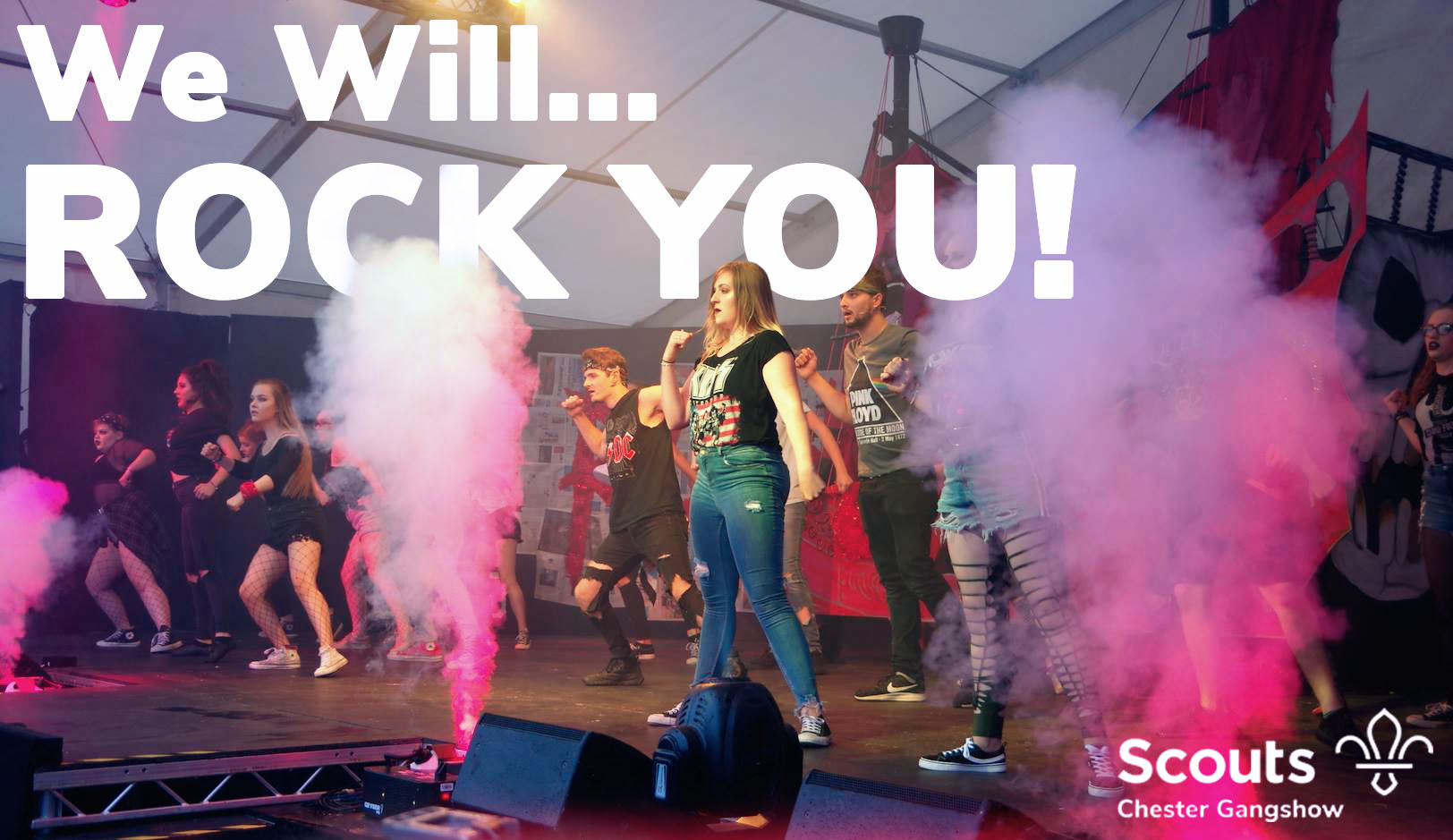 Ever since Ralph Reader’s first London production in 1932, Gang Show has always had a tradition of telling classic stories, with a modern twist.  And Chester & District Scouts February 2019 extravaganza at The Vanbrugh Theatre, The King’s School, is no exception.  We caught up with Amy Steaton, one of the show’s directors, to find out more about the Romeo & Juliet inspired item ‘Where there’s a Will,’ and in particular how its young cast of over 50 Scouts, Explorers and Network members have managed to shape the Shakespeare tale into such a modern and exciting spectacle of dance and song.

“Last year at Chamboree, we did an adaptation of ‘We Will Rock You,’ the stage show, which worked really well,” explained Amy.  “Performing it in front of 5000 people was such a buzz!  So when it came to the early production meetings for this year, Will (Taylor) and I thought that it would be a great idea to incorporate it.  Gang Show had previously mixed Romeo & Juliet with Queen quite a while ago, back in 2008.  John (Lambert) was the original director, and he sent us the script, and has worked on it with us ever since.”

But it wasn’t just a case of re-using the old script.  As Amy explained, “There had been a poll quite a while ago to find out what the kids like and don’t like about the stories that we set.  And one of the main challenges was ‘Why does it always have to end in a love story?’  So taking on Romeo and Juliet, I went ‘Oh God! They’re gonna hate it!  So that’s why we’ve changed the story slightly, so that it’s more about being yourself.  You can do your own thing, and you can be your own person. There’s still the Romeo and Juliet aspect, but it’s not a gushy-gushy love story.  I don’t want to make it sound political or anything like that, but there’s quite a lot in the media now about how its ok to be who you want to be, to do what you want do.  So we thought….let’s portray that through Gang Show. And the kids seem to seem to be enjoying it!” 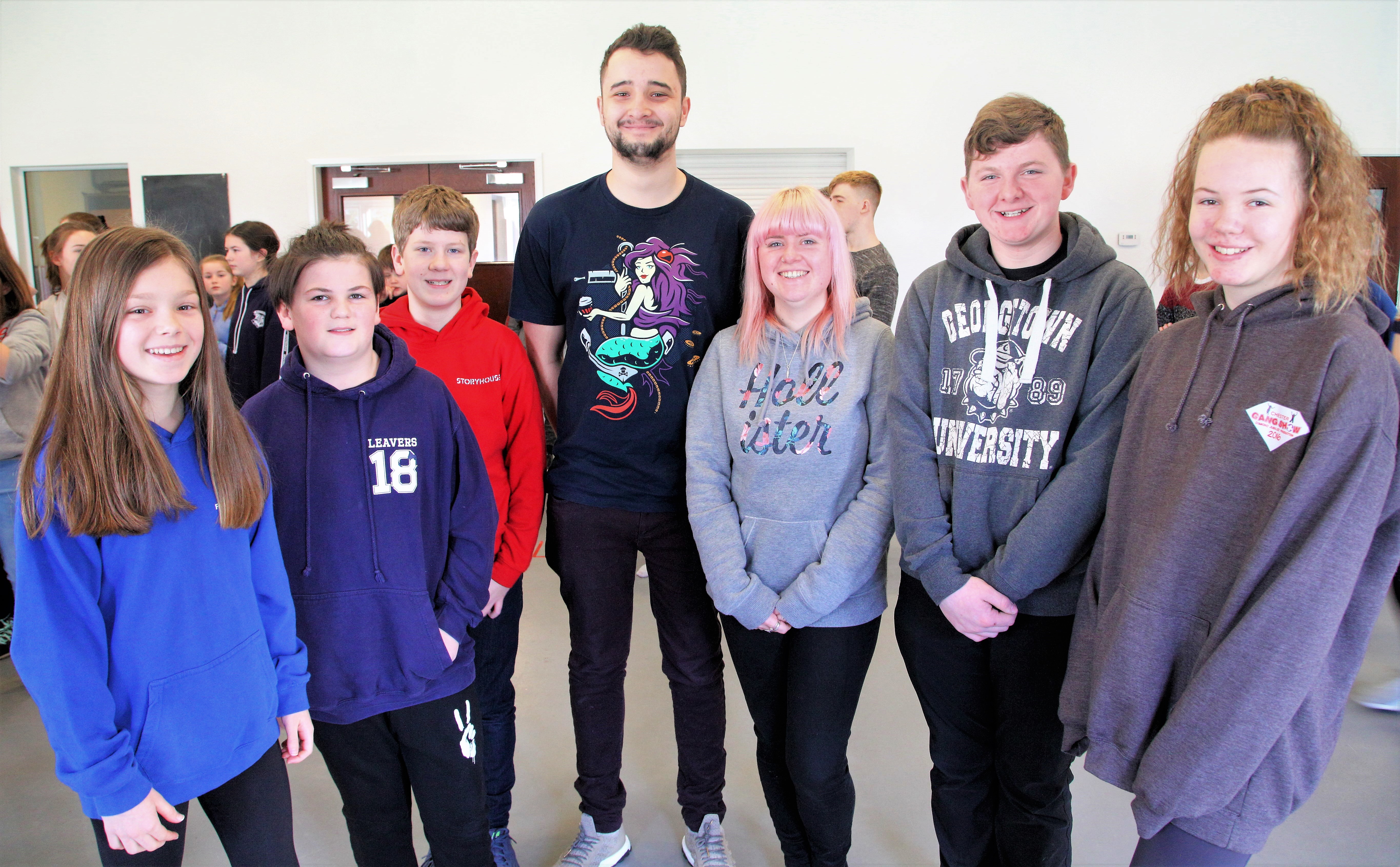 Watching one of the recent rehearsals, it’s clear that the young performers have really taken to the themes of the story.  They danced with passion, and at times the musical backing struggled to be heard above their raucous voices. “I’m so proud of the young people taking it on,” said Amy.  “Anything you throw at them…they are willing to do it. They’re not bothered about embarrassing themselves and saying silly lines, or dancing to music that they don’t really like.”

Amy has also been impressed with the effort the gang have put in to learning their moves.  “I’ve only gone through the ‘Under Pressure’ dance twice with the girls, for about ten minutes, but they’ve got it.  You can tell that they’ve gone home and practiced it. They’ve stood in front of a mirror, or got their mum or dad to record them so they can perfect it.  It’s because they’re so dedicated to Gang Show, and they love it so much. So it’s the young people you have to be proud of.”

Amy’s experience performing in Gang Show herself has no doubt helped her in the Director role.  “Yeah, I’ve been on the other side! This is the first time as a full Director, but I’ve been involved in Gang Show for pretty much twenty years.  Since I was a Cub in fact.”

Despite this, marshalling the efforts of such a large cast has still been a real learning experience for her.  “It’s about being able to organize your time, and trying not to raise your voice because they don’t respond to it.  It’s also about having that level of respect for each other…they will listen to you, because they know that you’ll listen to them.  I’ve had a couple of them suggest things to me, and we’ve changed the item as a result. They’ve got the trust in me, to come and ask.  They’re not scared.  I think that’s the best way for it to work.” 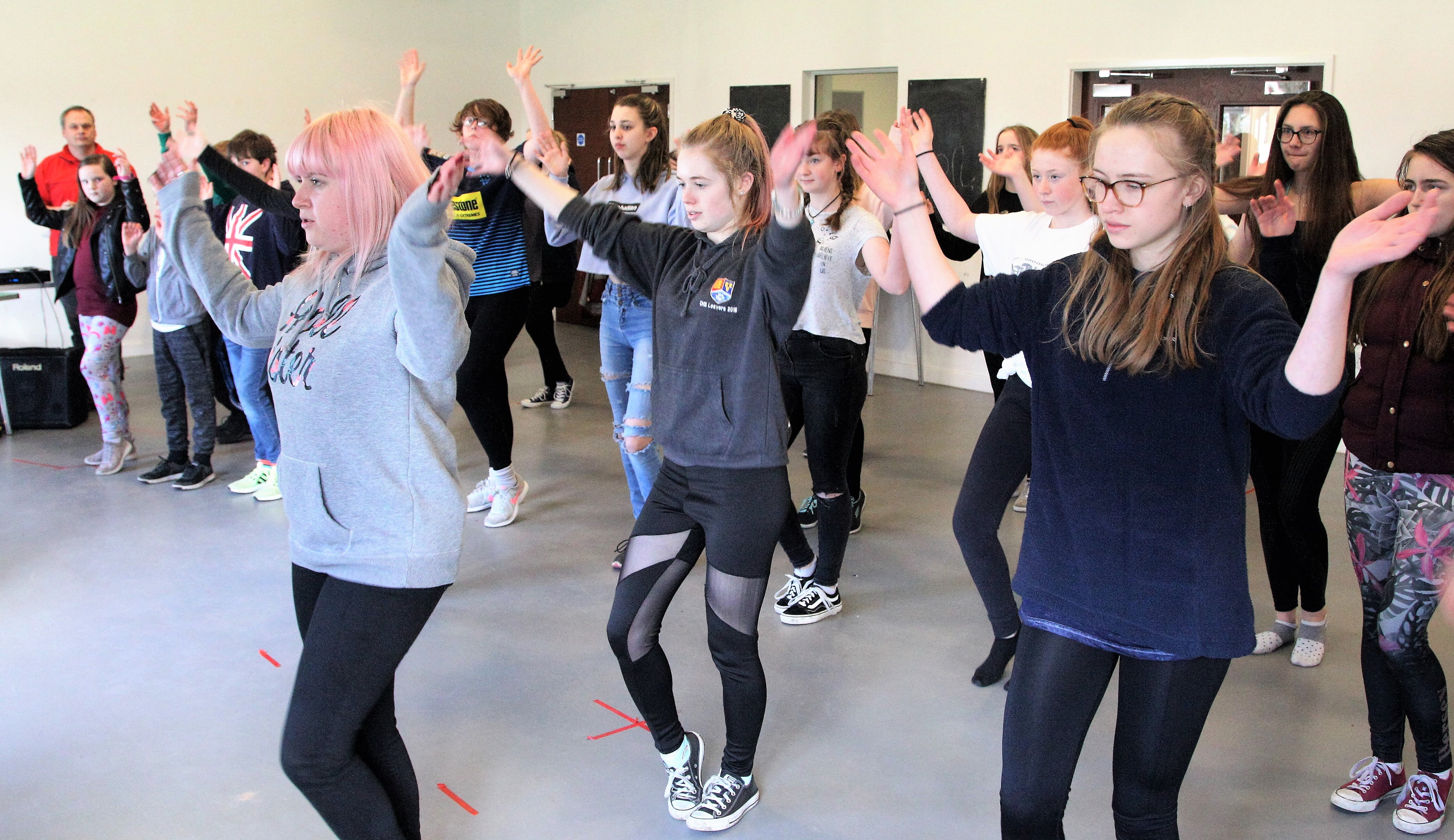 Amy putting the dancers through their paces

Amy’s admiration goes beyond her young performers to the wider gang as well. “I think it’s sometimes not realised how many other people are involved to make Gang Show happen, because they’re not seen on the stage.  But take scenery building. I’ve gone down to the barn where it’s made and helped paint my set. And the number of people that are there, and the amount of time and effort they put in is astonishing.  There’s a whole host of people involved.  They don’t just turn up on the day of the show. They’ve been working for months! And it’s the same with the lighting, the sound, the costumes, everything else.  It’s a great team effort. I’m really proud of them all.”

Amy is a big fan of Queen’s music and has loved the recent film, Bohemian Rhapsody.  She admits to having seen it three times, and crying on each occasion!  It has been nominated for several Oscars at the upcoming Academy Awards, including Best Picture.  And by coincidence, the ceremony is being held on the same weekend as the Gang Show finale.  Amy said “it deserves three Oscars at least.  Rami Malek is just fantastic in it. He even kept the teeth that he wore as a memento!”

When asked to name a favourite Queen song, Amy was temporarily lost for a moment.  “It’s really difficult because they’re all just so great.  I think you’ve got a Queen song for every mood. That’s my thing…I couldn’t say that had a favourite Queen song.  I do like ‘Crazy little thing called love’ though. I like the swing aspect to it.”

But when asked to explain why Gang Show is special to her, Amy had no hesitation.  “It’s family.  My family’s always done it. My mum used to help backstage when it was at the Gateway, before she was in Scouts, and before I was even born!  My Nan used to make lots of costumes. She was always there. And the Gang becomes a big family too. You’re not just a group of people that comes together on a Sunday, and does a bit of dancing….you become close friends…I can’t imagine not doing it.  It’s in my heart, and think it always will be. I don’t think I’ll ever lose it.”

We finished up by asking Amy why the general public, and particularly those who aren’t involved in Scouting, should come to Gang Show.  “Because it’s a fantastic night! And it’s seeing people, like themselves, that would never think that they could do anything like that, putting on a fantastic show to a very, very good standard. People should definitely come and watch it and just see what these guys can deliver. They’d be very, very surprised.”

For more information, or to book tickets check out www.chestergangshow.net 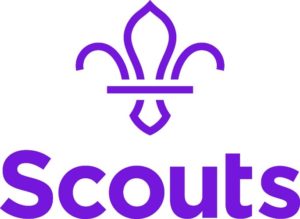